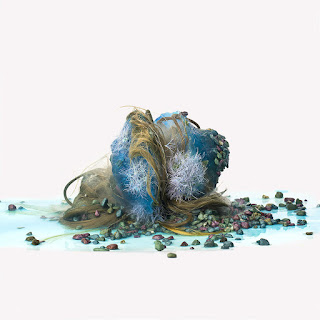 The lovely Oakland-based Constellation Tatsu label is back with their Summer of 2019 batch.  I always have a hard time selecting which release to write about when a new CT batch arrives, and it’s no different with this one.  So I dug in deep to see which cassette resonated the most with me on a visceral level, and this doozy from Asheville magicians Livingdog (Corey Parlamento) and Mike Johnson seemed to vibrate my inner monochord the deepest.

CRO$$ is the collaborative debut from these seasoned players; Parlamento has a few solo releases under his belt already and Johnson is well-known on the Asheville scene, both as a musician and as a producer.  This collection of recordings is a dream-like dance through landscapes strewn with guitars, synths and field recordings.  It’s not a hushed affair, but there is an unhurried air about the music: the pair let tones and melodies unfold and stray along paths both well-traveled and overgrown.

The deliberate pacing has a calming effect, as do the gorgeous acoustic guitar melodies which adorn tracks such as “For Martin”, “Contemplate the Life of a Fencepost”, and “Duet for Strings”.  The remaining tracks are no less mellifluous, yet there’s an uncanniness present in the way the synths and other elements seem to distort the aural landscape of the tunes.  The surreal nature of the music is somewhat disorienting but still incredibly pleasant, probably how having synaesthesia might cause an enjoyable sense of delirium.

Capture this mystifying sensation by gripping a copy of the cassette – there are still copies available over at the CT Bandcamp.  If you’re feeling extra frisky, you might want to snatch the whole batch, and have an extended drift session.

Posted by hazycomet at 6:14 PM 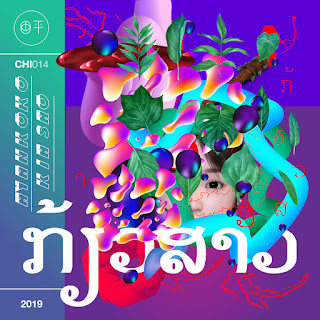 The Chinabot label is quickly becoming a favorite over here at Nine Chains to the Moon, as they continue to release exhilarating electronic music hailing from the Asian diaspora.  This particular cassette is the work of French-Laotian composer David Somphrachanh Vilayleck, a classically trained musician/composer with decades of work under his belt.  His output as Ayankoko straddles jazz, electronic composition, traditional music, and dub.

Kia Sao ກ້ຽວສາວ is steeped in the horrors that befell 20th Century Laos, which left an innumerable quantity of unexploded ordinance buried across the country.  These bombs and landmines are still being uncovered to this day, causing horrific injury and death decades after the Americans pulled out of Vietnam.  The music shifts between peaceful melodies and chaotic noise, a reflection of the ongoing trauma of the Laotian people.

The tape kicks off with the brief “Kia Sao,” in which slippery electronics are wound around field recordings from Ayankoko’s homeland.  “South East II” is then introduced, a hybrid of junglist breakbeats and what appears to be sped up traditional sounds.  This feeds into the lovely “Molam 9”, a traditional Laotian molam augmented with guitar and sampled strings.  The remainder of the side is equally captivating, culminating in the hyperactive “Trytones”, in which three instruments compete in a daring race, almost exploding with melodic abandon.

“Jette” is a noisy interlude that segues into “Downsides”, the longest track on offer.  This piece is a dubby affair, with a sliding sub-bass throb and broken transmissions that phase in and out in time with the rhythm.  The traditional meets the modern on “Pi Pasan Khap I”, as Ayankoko pairs alien electronics with Laotian field recordings.  The proceedings close with “Tebu Sauyun”, in which a peaceful yet melancholy set of melodies gradually become darker and increasingly foreboding.  The sombre tone on which the cassette closes is reflective of a diaspora coming to grips the destruction and despair experienced by its homeland.

One can experience this indescribably gorgeous cassette in digital form from the Chinabot Bandcamp.  Physical copies are sold out at source but may be available from choice distros worldwide.

Posted by hazycomet at 6:34 PM

Email ThisBlogThis!Share to TwitterShare to FacebookShare to Pinterest
Labels: Ayankoko, Chinabot
Newer Posts Older Posts Home
Subscribe to: Posts (Atom)
Welcome to Nine Chains to the Moon!
To contact us, please email to ninechainstothemoon [at] gmail [dot] com. Thanks!