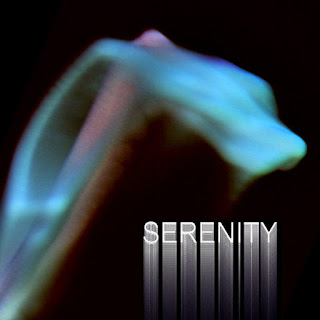 The folks over at Galtta fly in some interesting airspace.  They play with bizarre-yet-smooth pop, and then they’ll throw a curveball at you with a record like Serenity.  This beast is a kosmische maelstrom courtesy of two jazz types who moonlight as electronic conjurers.  Swana is a trumpeter who also wields the EVI (electronic valve instrument) and Thomas is a pianist and composer whose ivory-tickling strays into the electronic keyboard and synth realm.  Together they romp around the house built by Tangerine Dream and it’s to great effect.

A blizzard of sound washes over a thick, rubbery bass line as “Message” comes into focus.  A series of synthetic murmurs morphs into a siren call that really draws you in and wraps you in the duo’s web of intimate sonics.  And yes, these sonics are intimate: like a warm embrace by firelight while you’re looking out the window to watch the snowflakes fly.  This comforting resonance continues through to “Rainforest”, with its amalgamation of birdsong and synthetic clouds of bliss.  The tones wash over you as you explore ever deeper into the piece, uncovering unclassified species of sound.

With “Foundation”, the duo take the proceedings in an extraterrestrial direction.  This is the longest piece on the cassette, which gives Thomas and Swana plenty of space to explore other realms of sound.  Stars collide and nebulae transform before our eyes as the ambient drift goes ever onward.  The title track brings these dreamlike events to a close.  The elastic bass from earlier reappears, anchoring the experience to our home planet, even as the uncanny resonance leads us toward the heavens.  Eventually, one by one, each tone evaporates, leaving us wiping our brow in exalted exhaustion.

You too can find serenity by heading over to the Galtta Bandcamp.  Buckle up and prepare for liftoff!!

Posted by hazycomet at 6:15 PM 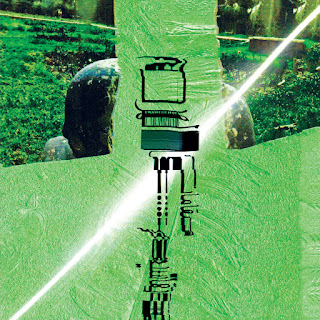 I’ve been loving the Egyptian label Nashazphone for ages now, and really try to digest what I can from this leading light in experimental sounds.  Those not schooled in the ways of this expertly-curated imprint should know that they pretty much release vinyl records only, and they’ve got albums by Sun City Girls, Ashtray Navigations, Sunroof!/Skullflower, Smegma and Blood Stereo and many, many more purveyors of zonked tones in their catalog.  These folks are the real deal when it comes to the wonderful and the strange.

The latest batch of LPs includes this doozy of a release, the debut from Cairo-based electronics wizard 1127 (Discogs says the person behind this project is named Amr El-Alamy).  There isn’t all that much biographical info around the mysterious producer, but there are a few digital releases and tracks on Bandcamp, and there appears to be some affiliation with the Nkisi/Angel-Ho/Chino Amobi-helmed NON Worldwide crew.  At any rate, this artist spits some seriously skillful electronic sparks from their fingertips, crafting a unique concoction of abstract sonics that stands completely on its own.

There are drills and jackhammers feeding back onto themselves as “White Lie” brings Tqaseem Mqamat El Haram into focus.  This is a frightening yet beatific pummeling that strays into the obliquely shattered “Fragmented. Thought Train”.  Here, a glitchy series of sonic shards are blended into a slurry and spilled across a piece of sheet metal.  There’s a pseudo-melodic interlude before the proceedings get extrapolated into the fourth dimension.  “Renaissance” takes a subdued approach, its thunderstorm bass sliding beneath angelic pads that would be dreamy if not for the stabbing happening over in the corner of the sound field.

On “Colander”, the producer fuses the preceding approaches, adds a little melodic/rhythmic magic, and then borrows some techniques from the early electronics maestros for good measure.  It’s a whirlwind of a piece that stands out as one of the most evocative tracks I’ve heard this year.  It’s definitely worth the price of admission here.

There are far too many moments of blown out bliss to mention in a short blog post, so I suggest that you take a spin over to the 1127 Bandcamp, where you can digest this album digitally, or be directed to a distributor for a taste of the physical.  Either way, Tqaseem Mqamat El Haram is an indescribably stunning debut from someone to keep thine eyes on for more greatness that is sure to come.

Posted by hazycomet at 6:22 PM

Email ThisBlogThis!Share to TwitterShare to FacebookShare to Pinterest
Labels: 1127, Nashazphone
Newer Posts Older Posts Home
Subscribe to: Posts (Atom)
Welcome to Nine Chains to the Moon!
To contact us, please email to ninechainstothemoon [at] gmail [dot] com. Thanks!