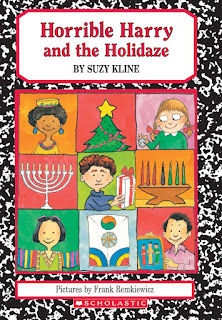 Hey all!  We just wanted to extend our gratitude to those folks who read our humble little blog.  Also, a great big thank you to all the labels and artists who sent in stuff for us to listen to and enjoy.  The stacks are still piled high, so for those of you whose records we haven't yet gotten to, fret not: we'll be slowly digesting those lovelies into 2020.

Below, I've shared a couple of Mixcloud episodes from one of my close friends who's been running this amazingly curated Internet radio show for a long time now... ...enjoy!

Wishing you all a safe, healthy and happy season!

Hazy and the Nine Chainz Crew 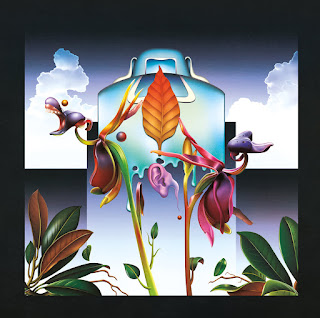 The press release from Orange Milk for Velf’s debut EP Pernicious Serenity called it “the kind of electronic album that cleverly interacts with various musical disciplines without settling for one overarching sound.”  This could be an encapsulation of the curation for Orange Milk itself: a clever interaction with a variety of musical disciplines that never rests upon a single overarching oeuvre.  Of course, this is high praise.  We wouldn’t have it any other way – both for Orange Milk and for the music of Velf (a.k.a., Valeria Zaklinskaya).

In a Sense also arrives via the Orange Milk messenger service, complete with stunning visuals from label co-boss Keith Rankin.  It picks up where its predecessor left off, expanding on themes hinted at previously while also heading in new directions.  In an interview with the Echoes and Dust site, the artist listed the influences that most affected her while creating this minor masterpiece.  She cites the powerful electronic song-craft of Daughter, Nicolas Jaar’s unconventional sound design, and the organic electro-acoustic compositions of Francis Dhomont as being prime motivators for the expansive mutant electronics that pervade the album.  While seemingly disparate, in Velf’s hands, these influential elements are transformed into something entirely whole and beautiful.

There are abundant vaporous melodies to be found, weaving in and out of synapse-straining explosions, the frazzled sizzling of electricity arcing, and elegiac pads that whirl in cyclones of orchestral maneuvering.  Digital fauna rubs up against electric guitar chords.  Crystalline shards assemble themselves into gorgeous constructions while other, darker figures dissolve into a primordial ooze.  Velf has created a world – no, a universe – of her own, into which she invites us to revel and relax.  It is a wonderful place to be.

In a Sense can be experienced both physically and digitally via the Orange Milk Bandcamp, so point your browser in the correct orientation and click away!

Posted by hazycomet at 6:10 PM 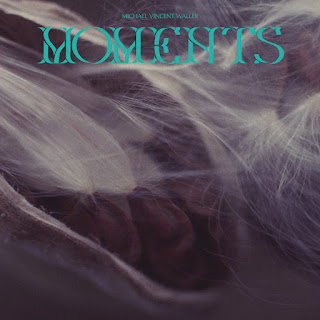 I’ve not got the education nor the vocabulary to write eloquently about serious modern classical music, but with Moments, the third album from American composer Michael Vincent Waller, I feel like I at least want to try to spill some ink.  Waller’s compositions for piano (played by R. Andrew Lee) and vibraphone (performed by William Winant) are incredibly lyrical and accessible for neophytes such as me.  Furthermore, the incredibly evocative resonance that emanates from every note and chord conjures the feeling of floating among a sea of melodies and harmonies, drifting in a dreamlike trance.

The names of many of the pieces (e.g., “For Papa”, “Return From L.A.”, “For Pauline”, “Love”) give off a hint of the autobiographical or some sort of story arc that serves to heighten the almost familiar feeling of the music.  Whether the tone is upbeat and jaunty or morose and subdued, one gets the sense of walking alongside Waller as we are enveloped in warm clouds of tone.  It’s this serenity and emotional connectedness that really set these compositions apart as something truly special and unique.

The title Moments itself drives home the feeling that we’re peering into snapshots of Waller’s own life, while the prettiness of the music reveals an accessibility that feels far too uncommon in this particular subgenre of music.  I would be comfortable putting this record on in many different settings and among mixed company; I’ve actually done so, and it’s been well-received by everyone who’s heard it.

I highly recommend heading over to the Unseen Worlds Bandcamp to experience the glittering melodies of Moments yourself.

Posted by hazycomet at 6:11 PM